Save items to your favorites and access exclusive information and resources.

Jacques Garcia explores the unknown, embracing simplicity in shape and color, and challenging it with sensuality and an element of surprise. Each piece is expressive and soulful, capturing and reflecting the designer’s own energy and enthusiasm.

My natural inclination for grandeur prompts me to explore the splendors of the past. 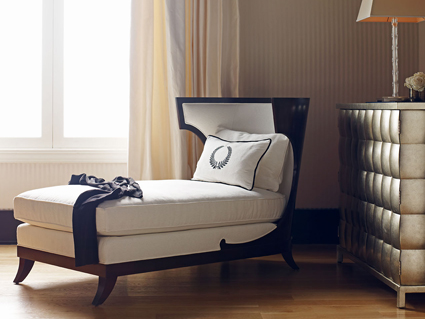 Optimistic and inspired, with a larger-than-life spirit, Jacques Garcia ranks as the most sought-after French interior decorator, with more than 40 large-scale projects each year.

Garcia specializes in designing places of mythic status, like James Joyce's favorite restaurant and Oscar Wilde's Parisian residence. With a career that spans three decades, he is inspired by Napoleonic extravagance and Zen minimalism alike.

In addition to five-star luxury hotels across the globe, his list of high-profile projects include restoration on rooms in the palace of Versailles and the Louvre.

A timeless modernism and spirited sophistication shines throughout Garcia’s collections for Baker. His influences range from 18th and 19th century French design to Art Deco and Industrial Chic, with an emphasis on exclusive, hand-selected textiles.